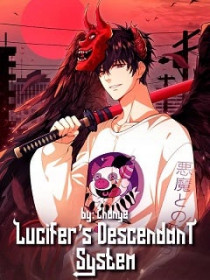 Lucifer's Descendant System   Author：Zhanye
Score： 0.0 (0Read)
At some point in the 21st century, the Christian God stopped listening to the prayers of humanity. Monsters with colossal strength and endurance began to emerge and humanity entered its darkest period. However, to the delight of humanity, some people around the world began to receive powers, and so humanity was able to fight back against monsters, now seeing these people with powers as the heroes who fought for the good of the world. Among these people was Noah, who even though he gained powers, he knew that those powers did not make him stronger at all, making him just as strong as a normal adult man. However, an unknown system awakens and declares him to be the descendant of Lucifer, completely changing his life to the path of the truth and true power.
None！
Label：
Download： All TXT
interactive： Vote Reward Flowers Eggs

'You should turn into a cow next time,' Noah muttered in his mind while holding his laughter in.

'What? Cow?' Lilith, on the other hand, was entirely lost as she had missed the entire funny conversation.

'Nothing, just those people back there talking some funny shit,' Noah said while holding back. Inside the elevator, silence was the norm, and the incredible levels of boredom saw Noah stare at jis own image on the mirror. He could barely recognize himself in those fancy cloth..