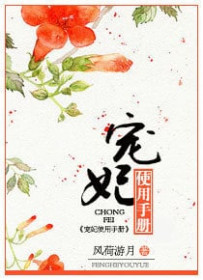 Chongfei Manual   Author：风荷游月
Score： 0.0 (0Read)
Before her rebirth, Wei Luo was an innocent little girl. After rebirth, she appeared lovable on the outside but was a different person on the inside. Those who learned of her true nature yielded to her. Only the prince regent regarded her as a treasure; no matter how much he pampered her, it was not enough for him. Anything she wanted, he gave her, including the princess position that she didn’t want, which he stubbornly pushed onto her.
None！
Label：
Download： All TXT
interactive： Vote Reward Flowers Eggs

It was slightly hot during noon. A cool breeze passed through the window’s muslin curtains and entered the hot and stuffy room. Zhao Jie was sleeping on an arhat bed that was decoratively carved with dragons for his afternoon nap. One hand was placed over the other and they were both resting on his stomach. Perhaps, he was having an unpleasant dream. His expression was very ugly. His sword-like eyebrows furrowed more and more. In the end, both of his hands clenched into fists and pounded t..