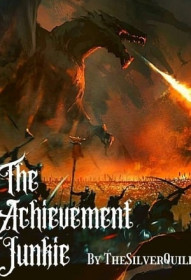 The Achievement Junkie   Author：Thesilverquill
Score： 0.0 (0Read)
“Bowzer, we’ll stop here for the night.” “But I can keep going!” Bowzer insisted. Don’t we need to-- “Bowzer, we’ll need our rest before we reach the Fissured Mountains. You’ve never been there, so I’ll tell you about my past experiences there.” “Hey, Jack, how come you’ve been everywhere but you’re so low-leveled? Is it because you were an ancient hero before?” Bowzer tilted his head, anxious for an answer. “Yeah, that’s why. I thought you knew that already?” “I do. But weren’t you also really high-leveled back then? Why aren’t you that high-leveled like before?” Jack pondered the question for a moment till he smiled. “I don’t know.” ----- As an avid player of the world’s largest MMORPG, Jack was dubbed the “Achievement Junkie” by fellow players. After completing all possible achievements he earned an unlikely quest, a chance to escape reality and pull Jack into another world. Now living in Kartonia, the world he had fallen in love with in-game, Jack must start from lv. 1 with a brand new class and subclass he’s never seen before. And though his gamer knowledge is still useful, he quickly discovers that the current time in Kartonia is more than 1000 years after anything he had witnessed in-game. Armed with what the locals call ancient knowledge, Jack must work to level up and uncover the secrets of the apocalyptic Godly War that he missed and keep it from happening again. Or would he rather start such a war on his own terms?
None！
Label：
Download： All TXT
interactive： Vote Reward Flowers Eggs

Tilgron never let up. He carefully watched the crane’s every move. The tiger mercilessly began to follow the crane’s path but on the ground, hurling lances of ice with each step of his four paws.

It wasn’t too difficult for the crane to keep up, but one suspicion of many spectators had become clear. And Tilgron made sure to announce it.

In response, the crane chucked his own wind blades. Some sliced through the lance..