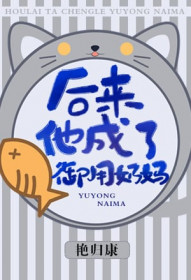 Later, He Became A Royal Healer   Author：艳归康
Score： 0.0 (0Read)
You Liangxing would never open the speech function in game. That was because his voice was… Particularly! Kittenish! But there was one day, he queued up with a teammate who had so much to say that they may as well explode. Vexed to the point of no return, he contributed a voice that was capable of splitting heaven and earth, “Don’t BB.” The other party who was being scolded stilled. In the ensuing silence, he suddenly let out a long, relishing… moan. You Liangxing: “…..” Later — He realised that the person was a great god, Much later, Without him realising, He became the great god’s royal healer. …. And also his boyfriend.
None！
Label：
Download： All TXT
interactive： Vote Reward Flowers Eggs

The feeling of having a son bring back his boyfriend was not something most parents had the chance of experiencing. And technically, Kang Xueqing and Shen Qin won the lottery since they received the full experience of having to meet their son-in-law in spite of having raised a son.

Kang Shengzhe had moved quickly, possibly out of the fear that the other party would get cold, for Kang Xueqing and Shen Qin were still walking down the stairs when they heard the sound of footsteps.