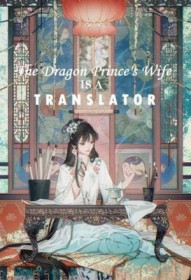 The Dragon Prince's Wife is a Translator   Author：Zehell2218
Score： 0.0 (0Read)
Transmigrated into a trash body of general’s daughter as female lead? Peh! Too mainstream! Transmigrated to be a villainess? Common! What about transmigrating and ending up as cannon fodder? Have read it before! From that many options to transmigrate how could she, Li Shi Ying a very ordinary English department college student, suddenly wake up in the crippled body of the female lead’s ex-maidservant?! Heaven, this is too unfair! In this world where only the strong are respected, she can’t cultivate? No problem! Dozens of high-rank spiritual beasts fight over protecting her! Beast Tamers are rare? Hmph! The beast language is her hometown language! Can’t be an alchemist or array master? Who cares? She could just become a translator! Without a translator, all those rare jobs wouldn’t even exist! Watch how she rules over the world without having a single bit of cultivation energy in her body! But, can someone please tell her how she suddenly became the Dragon Prince’s wife? Momma, she wanna cry!!! This is a perfect story for those who are bored with the usual cultivation novel.
None！
Label：
Download： All TXT
interactive： Vote Reward Flowers Eggs

"Worried?" Xi Xue couldn’t help but ask. He misunderstood Qi Tou, thinking that he’s worried about his friends turning into a possible enemy.

"Yes, worried. I’m worried about you guys. Won’t you disappear behind the typhoon if this continues? You will go to the magic world……* Qi Tou spoke a long speech for the first time in his life.

The lazy snake who never bothered with anything was finally disturbed.

"I don’t want to lose you guys. The majority of our 9 guardians ar..